Inflammation is a monster that does our body great harm from the inside out.  None of us would fire up an oxy-acetylene cutting torch and give our external bodies a nice "roasting," multiple times per day. 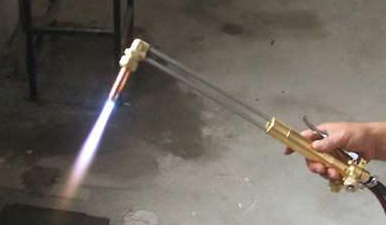 Yet, we do that very thing to the inside of our bodies by eating sugars (in their 50+ name-states) and carbohydrate-dense foods (i.e., grain-based and highly processed foods).

The cumulative harm done to our health via the incessant advance of inflammation manifests itself in these kinds of ways, according to Dr. Mark Hyman:

Dr. Robert Lustig alludes to this slow-cooking effect on the inside of our bodies as the Maillard Reaction, which is the exact same phenomena of the browning of toast, the searing of a steak, the golden-brown color of French fries.   Only, inside of our bodies, this searing of the vessels is not such a good thing.  Just like the foods mentioned in the sentence before last, the browning represents a "hardening" that is neither helpful nor healthy.

Dr. Roby Mitchell discusses how the inflammation is, in effect, our body's attempt to wage war on what he calls "critters" that it deems to be invasive.  Those "critters" are invaders that trigger our autoimmune system to respond with inflammation that is supposed to affect the demise of such critters.  The bad news is that we continually "feed" the critters, through our eating choices, what they most want and need - high doses of sugars, via processed sugars/grains/carb-dense products.

When we remove the stuff the "critters" like, we ameliorate the body's homeland security response of "scorching" the "critters" with inflammation, which then mitigates the internal "cooking" of our bodies.  (Lots of metaphors, huh?)

Bottom line?  We must quit killing/cooking ourselves from the inside out by choosing, instead, foods that the "critters" hate and our bodies love.

What do those foods look like?  The BALi diet is a good start.